Harold Walter Rodriguez was a deeply loved husband, son, brother, friend and dog dad. Harold's family and friends admired him most for his kindness, thoughtfulness, patience, dedication and discipline to his goals and the way he lived his life with vibrancy and urgency. Harold was compassionate and committed to his relationships, and made everyone who he came in contact with strive to live a fuller and adventurous life.

Harold was born on October 25, 1985, in Caracas, Venezuela, to Silvana Marinucci and Lorenzo Rodriguez. Around the age of 3, Harold with his family came to the United States. Harold was raised in the Miami, Florida area with his younger sister, Loredana Rodriguez.

Harold was an exceptional student and had the most brilliant mind. He graduated from the University of Florida in 2008 with bachelor degrees in both physics and computer science.

On May 10, 2015, Harold married Jennifer (Roth) Rodriguez. They met at the University of Florida on a salsa dance team. The couple had been best friends for over 13 years and shared four years of marriage.

Harold and Jennifer lived in Boston, Massachusetts, for five years where he started his career as a software engineer. Harold's professional career was exceptional, and he was very talented in his craft. He worked for several tech start-ups, freelance projects, and a Fortune 500 company. He continued to train himself, self-educate, and master many computer languages, coding, and software applications. He was on his way to becoming an unstoppable force in his industry.

Harold loved fitness and health. Harold was a talented salsa dancer and a highly skilled musician. He performed salsa around the county with his wife and teams. Harold dedicated his time to learning over five foreign languages and playing over 10 instruments. Just before his passing, Harold earned his open-water scuba diving certification and went skydiving. He truly had a courageous heart.

In 2016, Harold and Jennifer took an adventure of a lifetime, traveling through Asia for five months. The couple visited 12 countries and over 33 cities. Harold’s favorite country was Japan. Harold was loving, patient, and dependable. He loved his dog, Mr. Wiggles, a two-year-old pug. Mr. Wiggles was his best friend. His family and friends were lucky enough to know the magic of his generosity, humor, and quiet strength.

Harold's journey from a breakdancing salsa student to a highly respected and successful professional was remarkable. The tireless work and dedication he put into every success, big or small, was admirable. Harold's perseverance is what makes his wife most proud of him. As an undocumented "Dreamer," Harold constantly lived with some level of fear. Harold struggled to do things we take for granted, like opening a bank account or renting an apartment. His wife and family watched his struggle in some darkness, but in that darkness, Harold carried his own light. Harold received "DACA" status in 2012 under President Obama. In 2015, Harold and his wife filed for his U.S. residency. Four years later on August 2, 2019, only one month before he passed away, Harold finally achieved his lifelong dream of becoming a U.S. citizen.

As incredibly painful as it is for his family and friends to understand, they find peace that in the end Harold also found peace and was given the dignity he always deserved. Harold persevered where many would have given up. Although he had obstacles, he never let them define him or stop him from extracting every drop of life out of every minute. He always chose to be happy for himself and for those he loved. He took the time to be grateful, reflect, and enjoy his journey and the gift of his life. This is the essence of who he was. Harold would be surprised to see how many people's lives he has touched. He perhaps didn't know the power of his own magic. To honor Harold, his wife has established this scholarship for young women pursuing a degree in computer science, a field of study Harold always said needed more women. This scholarship is also dedicated to the many "Dreamers," just like Harold, who will persevere, complete their education, and pursue their goals with dignity.

Harold Walter Rodriguez passed away on September 1, 2019, at the age of 33. He is deeply missed but held forever close in our hearts. 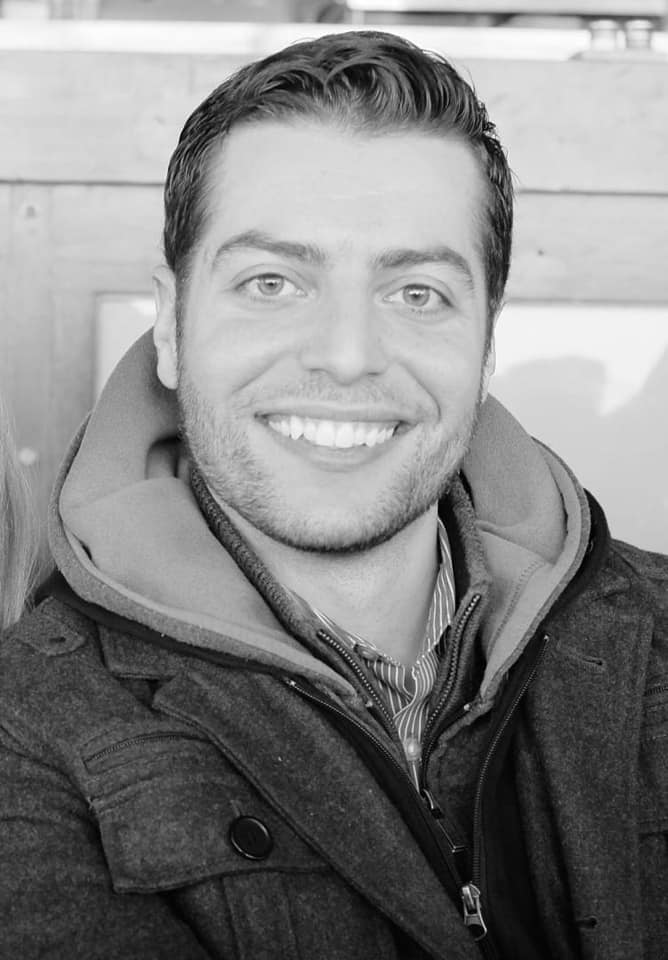